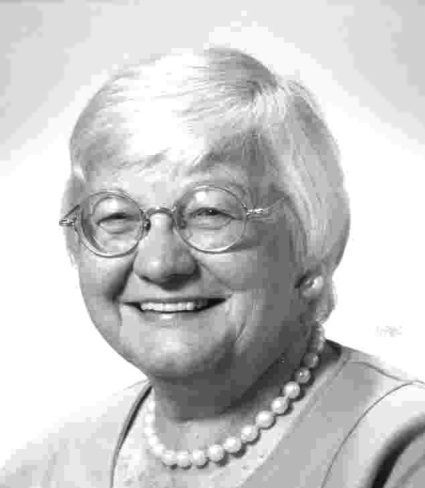 Dr. Ruth B. Noller was a noted mathematician, computer programmer, and professor of creativity studies. During World War II, she participated in the pioneering work of programming the Mark 1 computer at Harvard University—as the second known woman computer programmer in the country.

Noller was widely regarded for combining her love of math and creativity in the development of the Formula for Creativity:

Her formula purported that creativity is a function of knowledge (semantics), imagination (divergence), and evaluation (convergence), which are all activated by a creative attitude.

She received her bachelor's in mathematics and a minor in science, her master’s in secondary education, and her doctoral degree in higher learning from the University at Buffalo.

Dr. Noller and Dr. Sidney J. Parnes continued the legacy of Dr. Alex F. Osborn by establishing what we now call the Center for Applied Imagination.